This was a pretty simple patch. The objective was to have modul8 be a layer in the system in real time. What a great piece of software.

In this patch I fed an oscillator based video signal into my I/O la, or through other mean, as an input to modul8. The point was to not use a video clip for source, but rather to use modul8 as yet another real time image processor. Modul8 mapped the video on a cylinder and defined the movement. The computer's output was then fed back into my system and into one side of a Jones keyer, and into the Jones frame buffer. The output of the buffer went to the other side of the key (the background in this case). I colorized the modul8 layer in the keyer. The stripe on the right side is an artifact of the buffer (when the phase of the buffer is not properly set) and which these days I would usually wipe out in Final Cut. This recording is one of the first made in the Nyack studio, around 5 years ago.

hello, I really like the mixture between digital an analog it has a whole different feeling i think this combinations are very interesting and open a whole lot of new possibilities, instead of being a fight between analog and digital you joined both forces and end up with an amazing proyect! I am kind of new at these been studying digital arts in Mexico for the past 3 years, and its been all digital, i am really interested in live vj, video mapping and all that stuff live with visuals, i would really like to mix the analog with the digital, but i have no experience with the analog and have no idea what kind of machines you use to generate this stuff, i understand its a video OSC, what equipment did you use for this, and where can i get this OSC video generators, I understand its kind of like a synthesizer but insted of producing sound it produces images, but havnt found any of those could you explain alittle about this machines to me, and how did you input them into M8?
really awesome stuff you have!, im a big fan! i heard on M8 blog you are gonna be on Berlin doing a show, how long is it going to be, i plan to be there around May 20.
well hope you are doing awesome!
keep posting more stuff love it! 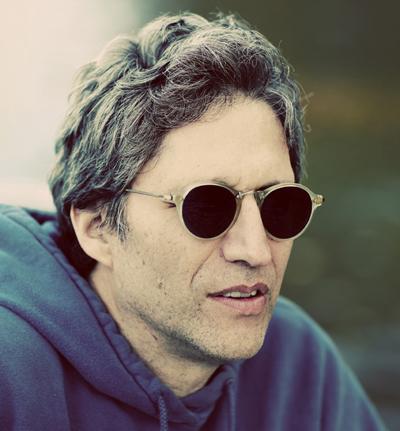 The show in Berlin is until the 23rd, so please try to stop by. http://www.societeberlin.com/

Thanks. I will try to do a post that answers these kinds of questions. In short any oscillator can be used as an image source. You need a way of sending it into something that outputs video. My hardware is built with a large number of control voltage inputs so I have many ways to do this, aside from inputting an oscillator directly into standard video line input using a +-5 to video line module. The difference between audio oscillators and ones made for video is simply that the sync input might be designed to work well for vertical and horizontal sync input. This, however is not required, and the results are desirable in either case. The issues include: voltage differences between synth sources and video inputs, and whether the video device you have needs the source to have sync, or to be blanked (0 volts at video blanking intervals), or neither.